Silver Shamrock Celtic Pendant studded with Micro Pavé CZ Stone setting. With this Silver Irish Pendant you will always have the luck of the Irish while wearing this festive Pendant.  Also this Irish Pendant set with Emerald Green Cubic Zirconia in the centre, sure to display your Irish pride. Furthermore this traditional symbol deeply steeped in Irish history. Moreover, according to legend, the shamrock was a sacred plant to the Druids of Ireland. Because Shamrock leaves formed a triad, and three was a mystical number in the Celtic religion. Then, St. Patrick used the shamrock in the fifth century to illustrate the doctrine of the Holy Trinity as he introduced Christianity to Ireland.

Made of Silver, the Lucky Shamrock Celtic Pendant studded with clear CZ, covering the surface to form a shape of Shamrock leaf. The Silver Lucky Shamrock Pendant measures 30mm Tall x 20mm Wide and this culturally enriched piece of Irish Jewellery was crafted in Ireland by Irish Jeweller.  Both chic and fun, the Silver Lucky Shamrock Pendant can be worn anywhere you go! Moreover, if you have a particular association with one of the many emblems of Ireland we offer multiple designs to tickle your fancy.  Finally, we ship Worldwide, United States, United Kingdom, Canada, Australia, Europe and Asia at No Cost. Wear your Irish heritage with pride. Also we provide an enormous range of Gold Jewellery, such as Jewellery for men and women. 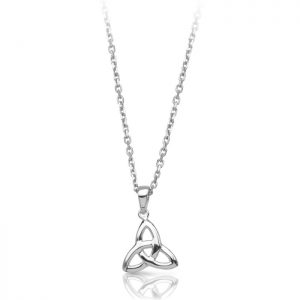 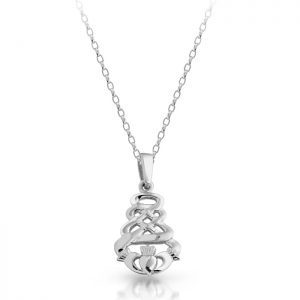 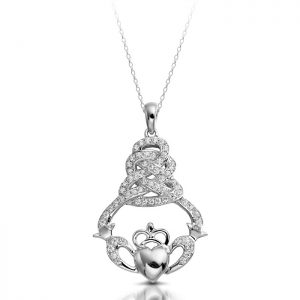 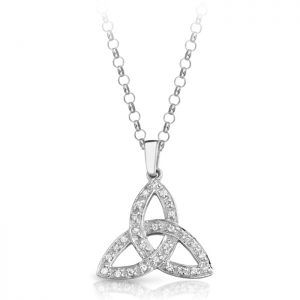 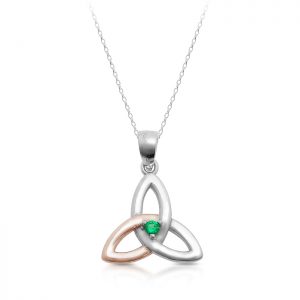 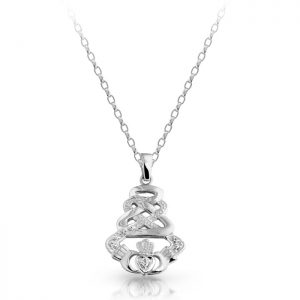 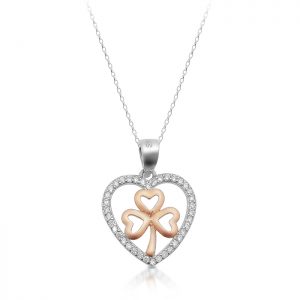 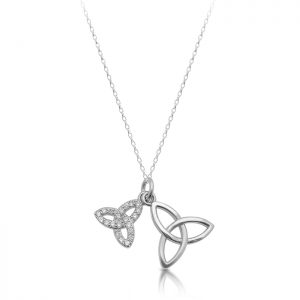 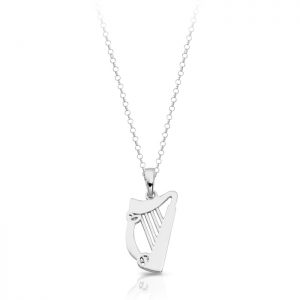